The State of the Parking Industry: Recovery Signals & Early Trends

18:17 min: What is the driving force for the changes you're seeing?

The Current State of the Parking Industry

Wen Sang: While it differs per region, we are seeing activity start to pick up a little. The week of April 13th was the lowest with activity at only ~6% of volume from last year. In the past few weeks, we've consistently stayed above the 10% threshold. Same with transactions, we were down in April to less than 10%, we're up to about 20% now and it's continuing to rise. See below data from our new parking industry benchmark (schedule a demo).

Dan Roarty: Similar to what you shared Wen, the lowest week across the board was that week of April 6th. What we're seeing on the online side is slow and steady growth and signs of recovery each week. Not only in cities that are re-opening but also cities like NY and Chicago.

People are starting to get back to work and think 'where can I park, what is it going to cost me' and those kinds of things. You can see these trends below, from Google, of people starting to search again.

Especially in cities like New York and Chicago, where people typically take transit, you can the interest for parking starting to spike up. But in a city like Detroit, where everyone drives, there's little change so far. While 'cars parked' is the best indicator, starting to see these signs is encouraging as well.

And we're also seeing it in our business. We're at about 20% of normal and each week is better than the last. What's interesting is that we're seeing growth in cities that we don't necessarily associate with heavy online parking search, such as Tampa, as shown below.

And we've seen an increase in search terms such as 'contactless', and 'touchless'. So clearly, as people get back to work, they're trying to solve for 'how do I park because I used to take the train', or they have always driven and are reconsidering where it's safe to park by looking for locations that are taking extra safety precautions.

Below, you can see the distribution of start times for parking by month. You can see that before COVID-19, there was a dense amount of people starting their days between 7am-9am. Now, in the 'COVID-era', it's really spread out a lot more and starting a lot earlier, starting at 5am all the way to 10am.

This could be because of essential workers right now and go back to normal, we don't know. But we thought it was interesting to share these behaviors as operators think about their early bird programs. Maybe we need more flexibility right now as office's stagger start times to avoid large groups at once.

Rick West: What I want to focus on for our garages, is specifically how many people parked in our garage, which you can see below, broken down by transient, online, credit card on file, and monthly.

You can see the biggest drop was in March to about 2,500 cars per week, it went down to it's low point and stabilized. What we're seeing right now, is that every week is getting a little better. Where we're seeing the most growth is in transient.

In cities like Cleveland, Louisville, and Nashville which are smaller markets, we're not seeing the same trend yet. The depth and density of demand generators were the activities going on, where as right now it's really only essential workers. So, those are definitely coming back more slowly.

Wen Sang: What do you think the driving force is here? Since the shelter-in-place is still in order?

Rick West: I think it's predominately the shift of market share from mass transit to driving. For example, in NY the stock exchange opened this week and they told people that if they took mass transit, they cannot come in. So part of it is a natural behavior change but we may also see policies and rules set in place.

Dan Roarty: Companies are going to take varied approaches to brining their employees back to the office so it's going to have an unknown impact. On one hand, you have companies mandating that people take their private cars and avoid mass transit. On the other hand, you have states like California and Illinois, that are making COVID cases a workers comp issue, and will be more selective in who they bring back.

So, who knows which of these will weigh out. Our belief as we look at these trends is that we will get back to a version of 'normal', it's just going to be an entirely different mix of customers now.

Rick West: Five to seven years ago, to define the value of a parking garage/lot, you basically said, every garage and city was added value of X cap rate. Whether it was a five cap in a city with really high cost of land or that were whether it was six and half cap or seven. Now, the value of a garage is very different, it depends on its demand generators.

So, if you were generating x revenue and x profits at a garage, that was in an entertainment area, those garages were hurt much more than locations that had different demand generation profiles around them. So, I think, what we're actually going to see is a similar situation, different parking locations, based upon the demand mix that they have around them, are going to behave differently. Not just different locations and cities.

In Chicago, I look at how we're going to come back and the first thing that will come back or workers so commuters and those that shift from mass transit, which I think is going to last, at least in a lingering way.

Dan Roarty: I agree, and for our business, it's also been split between workers, travelers, and entertainment. The entertainment based locations will take a very long time to come back. Even if from a health perspective, we get the 'all-clear', it's still going take time before people have the money to return to these activities. Also, it will take time for the industry to re-plan and re-organize. So, we're prioritizing commuter activity and maximizing all the tools that we have available to us. And I agree with Rick, travel & hospitality will have the slowest comeback.

Setting Goals in 2020 and Moving Forward

Number one, whether you're a parking company that only does management, or whether you have leases - what is enough liquidity to maintain on your balance sheet is not something we used to think about. Parking was always, here's our excess cash flow, distributed to the owners, where it goes up to the company, etc., But now it's like, well, wait a minute. I want to have a year's worth of liquidity. If I've got mortgages and other things, you know, that I've that I've gotta deal with now.

In the case of the Millennium Garages, our first thing is how fast can we get back to where we're just in control of our own world? Everything changed, and it's not going back to the way it was.

During '89-91 recession, I was in Massachusetts, Boston, and then, and then shortly after, I started being very active with Kinney parking, the New York market. And one of the things that was interesting is that the New York market was all leases. So, when the recession occurred, it was just like everyone wanted to get out - not insurance and new leases. And that's kinda where everyone is right now. There's parking company in Washington, DC that declared bankruptcy. And the declared bankruptcy is really just to get out of all those leases that are underwater.

In and around '92, Kinney parking, we were the first ones to say, look, go back and start doing new leases again. From 92-94, when most of the parking companies were still sitting on the sidelines, we made our best deals that we made in 15 years. Because we had that appetite for that little bit more risk before the other, guys. And it became a real, huge opportunity.

think you gotta look at things and think about things like that, But right now it's, I think it's just everyone's looking at how do I have enough cash flow to survive, and how to bring down my operating cost lowest point I can. And, and I'm not and I'm never going to let those operating costs go back to where they were, survive first and then think about office opportunities.

Dan Roarty: Yeah, agree. Survival is the name of the game, this was an unanticipated and massive shift in dynamics in. Now that it's past I think a couple of things are true. One is, we're gaining comfort that this is a manageable situation and the likelihood that we swing back to a massive locked down is lower and lower by the day. I think science and medical professionals, and so forth, are starting to understand this thing a little bit better, and the nature of it.

So we can take precautions, like wearing masks and reducing the density of people in an office. While we won't swing back to where we were, we will continue to climb out of it. For us, we planned a very broad range of scenarios from low expectations to medium and high. And we've made sure that we can survive any one of those three.

If anything better than the lowest scenarios happened, will be in a position to invest and take advantage of the new trends. Such as mobile payments, and mobile marketing, and digital market solutions. We're going to keep our heads down, keep making investments, and supporting operators, supporting parking community, and upgrading technologies, and so forth.

Recommendations to the Parking Community

Dan Roarty: Use the data you have access to. If you don't have data, reach out to us or Wen. It's vital to keep your eye on the data as trends emerge and be able to react quickly to that. Don't naively hope that things will go back to normal because we don't know what that means.

Don't underestimate that those that do return to work, have choices, and safety is at the top of their mind. So if you don't have a plan to facilitate sanitization and touchless payments, start those discussions now. Get smart about pricing, you will probably need to adapt rules of the past, it may not work anymore.

Rick West: We anticipate getting to our revenue target in mid-2021. We know that the composition of where that revenue comes from, will be different. It's going to be steps to recovery. So two things, 1. oversell is going to be very different and we need to understand the patterns of what businesses are doing. 2. Budgeting starts in four months and you need to start thinking about it. In our industry, I think we spend four months on budgets, but only a week on the business plan to hit the business plan. We need to switch that around. The old budget model, 'bottom up thing', it's not going to work anymore. Start thinking about it now.

Need granular data for your locations? Contact us for a free consultation or a demo of our new parking industry benchmark.

Thank you to our panelists!! 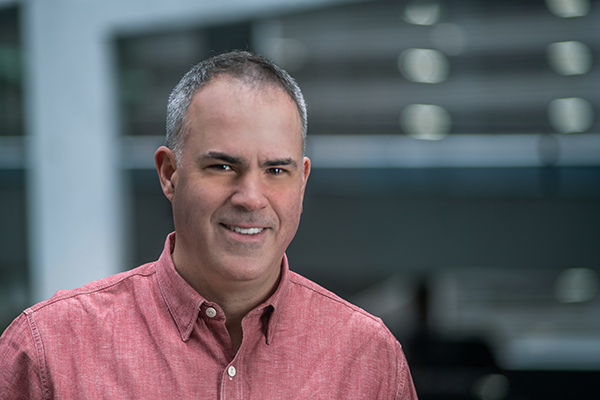 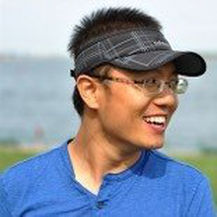 CEO of Millennium Garages COO of Arrive CEO of Smarking

Connected In a Contactless Era: Digital Solutions for Recovery